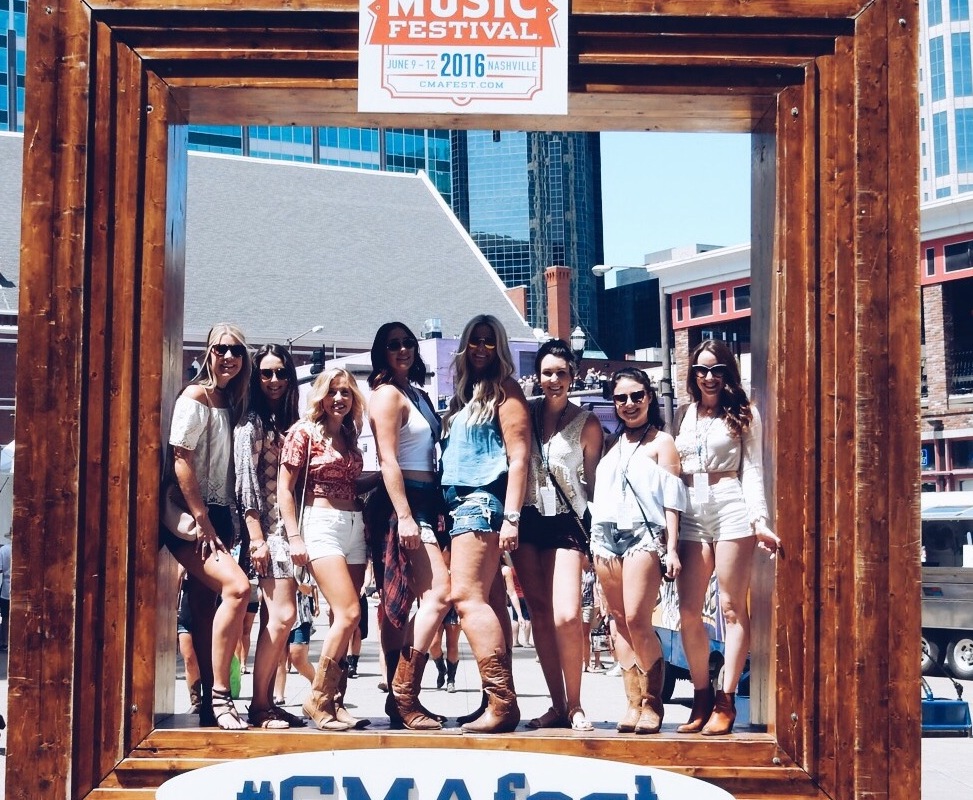 On my way home from Nashville I still felt a little defeated about the ostomy. A quick (but actually rather long) stop at a gas station proved why having that purse with ostomy supplies was 100% necessary as my sister and I changed my appliance in a bathroom stall (all while muttering “wtf has my life come to?”) Due to high humidity and an excessive amount of sweat, the Eakin rings were warped and the appliance was having a hard time adhering to my skin. But that’s besides the point…

Our next stop was somewhere in Ohio at a McDonalds for a fast meal. I met a man with a service dog and my naive brain asked him if he was in the midst of training the dog. Not recognizing that the man himself had disabilities, I watched him give commands and the dog obey, so I assumed he was part of a training program. The gentleman opened up and I instantly had a reality check.

The man served in Iraq and suffered a brain injury during a bomb attack. He also suffered from severe anxiety attacks, PTSD, hearing loss and walked with a limp. His dog’s name was Duke and he helped him with it all. He told us that the dog could sense the anxiety coming on and would lick his hand a head of time. Duke would sense a nightmare before it happened and would wake the man up to avoid it. He could go and turn on his lights, and bring him his shoes. The man had memory loss and would forget where he put his keys or phone, but Duke would remember and bring him to them. And most importantly Duke served as a companion.

He then went on to explain that a lot of people are scared of Duke, or will refuse to serve him. He will walk into a restaurant or store and get stares or dirty looks. He told us one story about how he went to a restaurant and after 15 minutes of the hostess avoiding him, he finally sat himself. He then sat in a booth for another 20 minutes before leaving because no one had come to take his order. He wasn’t sure if it was because of him or because of the dog. How could you not love this beautiful 3 and a half-year-old black lab. He was calm and friendly, yet this man still was discriminated against because the dog served as an aid to his disability. Now THAT is discrimination, THAT is a real problem…but at the same time, THAT is inspiration…..THAT is a hero.

Like I said, it could be because American culture is slightly different than Canadian. (I was thrown for a loop when a girl knocked into me and didn’t say sorry. A Canadian would have said sorry 4 times.) But I don’t want to generalize or stereotype. However while in Nashville, the Orlando massacre also happened surrounding a gay culture who is no stranger to discrimination and hate. And again, I am checked back into reality. My sad little heart aching for sympathy and understanding got a wake up call from my brain telling me to stop. Stop crying and start helping.

People are discriminated against every day, in every place. It’s obvious, or it’s subtle. It’s intentional or its accidental. It’s directed or it’s generalized. It’s hateful or it’s misconstrued. But it’s there. And it’s bad. Please, wake up and lets start talking about it. Let’s point it out and educate. Let’s share our stories and reflect on what we hear. Listen and learn. Pause and think. I’ve started a small little community where some people actually read what I have to say which is a privilege, and a responsibility at the same time. And instead of writing to Nissan Stadium, I’m writing to you. I’m using my experience as learning curve and my blog as an outlet to advocate. I keep coming back to the same line: Everybody comes with a little extra baggage….. Mine just happened to be too big.