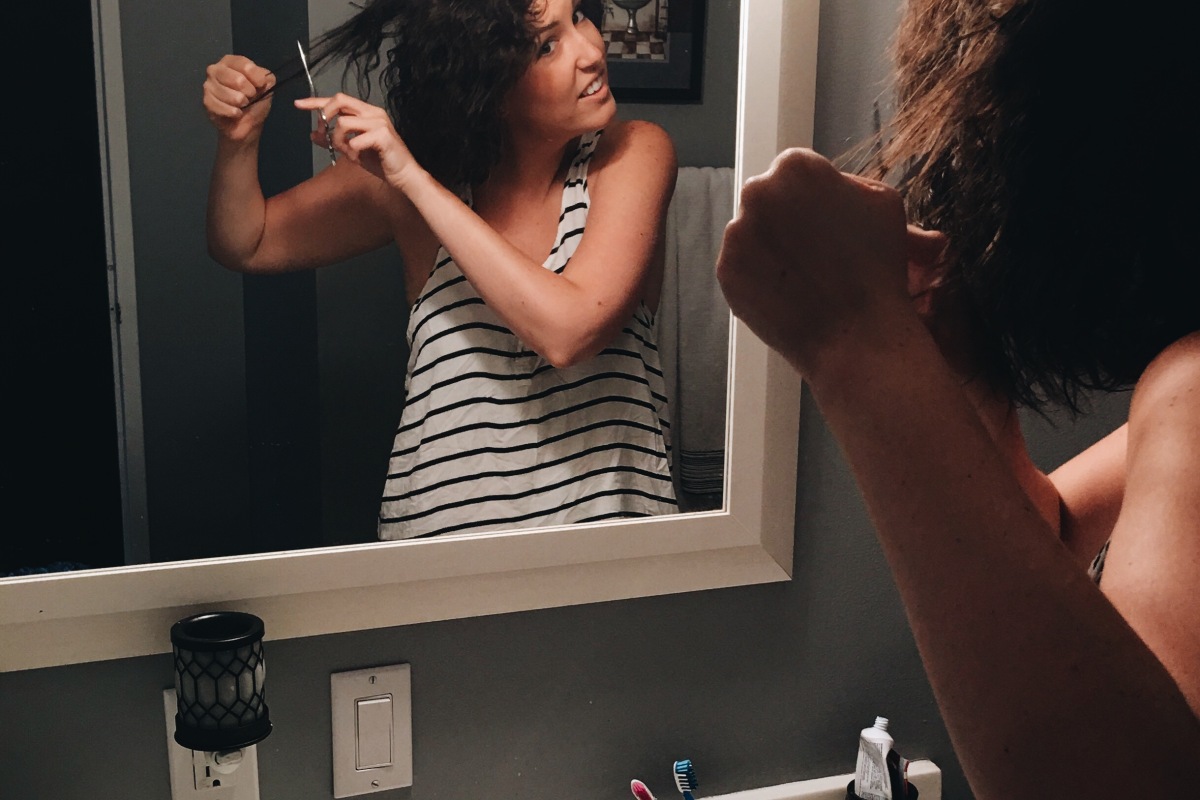 The emotional rollercoaster that is Ulcerative Colitis does not only include the series of flare-ups and remission but when you get as sick as I did this past year, there comes a string of secondary side effects. My initial greatest fear was gaining weight and having a puffy face because of prednisone. I thought going on steroids would be the worst course of treatment (HA!). I was fortunate enough not to gain a lot of weight because the disease has the opposite effect and I actually lost close to 25lbs. But my face was not so fortunate and I quickly looked like a chipmunk. My Dad described it as actually quite odd to see because my face got so big but my body got so small. But I embraced it as best as I could, recognizing that it would only be temporary, and cheeky girls need love too.

The next tribulation had to do with the fact that surgery might become a reality. After my first surgical consult I really thought that surgery would be the most devastating outcome. (The idea of surgery was in itself an emotional rollercoaster). But after my third hospital admission, when I came out of the hospital right around the beginning of June, I noticed my hair was starting to come out.

*SIDE NOTE: In an effort to make myself feel better with a puffy face, I spent hundreds of dollars completely redoing my hair and dying it with blonde highlights from the bottom. It looked awesome…for about 2 months. 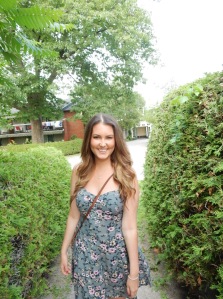 At first I thought it must be a side effect from the Prednisone. But then I weaned off and it continued to fall out. Then I thought maybe it was the Remicade. Initially this didn’t bother me so much because my hair was going to be a small price I had to pay to save my colon. But the more clumps I pulled out, the more of my scalp you could see, and the more my confidence went down.

I struggled with finding a way to style it and my first Hail Mary was to chop it. I figured the bottom was so tattered and unhealthy from the dye that I figured the least I could do was cut off the dead ends, hopefully making it look thicker and less straggly. (I’m impatient and when I get an idea in my head it needs to happen immediately, so this makeover happened in the middle of my New York trip). 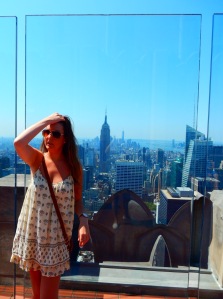 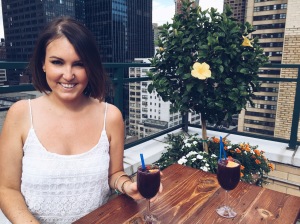 The day after we got back from New York was S’s bridal shower and after looking at the photos I was horrified. This was an event I really looked forward to as I proudly sat beside her but all I could see was my receding hairline. I wanted to share the moments with everyone but was too embarrassed so I needed to figure out something better 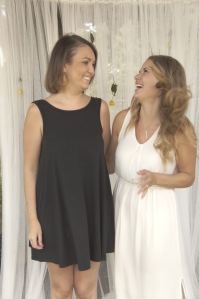 My next option was to try a product that minimizes the appearance of hair loss. It was suggested I try a product called Caboki, which seemed to do the trick. It’s a dark powder that can be sprinkled on any problem areas making it look a bit thicker. I use it around my forehead, on the sides (the biggest problem area) and on my crown. I like this product because the website offers free samples and I was able to test if out before actually purchasing. What I did find though was that after a few hours the powder almost clumped together or fell out, and by the end of the day it didn’t look as great. This is why I only use it now for evening events or times I know I will be photographed, and not day to day at work.

Eventually I decided to consult my doctor just to find out exactly why this was happening and if there was anything I could do to help. My GP, GI, Remicade nurse and Dermatologist all came to the same conclusion. My body was so sick, and so low on iron and nourishment and so stressed, that the hair loss is solely a result of the trauma. And although there was no magic cure, they all decided that as my body became healthier, my hair would slowly come back.

(This helped with the decision to go with surgery. It was another indication of how colitis was affecting my daily life. I felt that I could not exude confidence and happiness while wanting to hide under my covers. So when the option of surgery came up again I decided, yes, I would like my hair back.)

Soon so much hair had fallen out that is was impossible to wear it down. There just wasn’t anything left, especially from the sides. I now wear my hair up in some sort of fashion and try to play around with different ways but I am pretty limited.

It gets boring and by no means am I okay with it. But I can appreciate the fact that it will come back as I get healthy, and again its all a part of the long process. 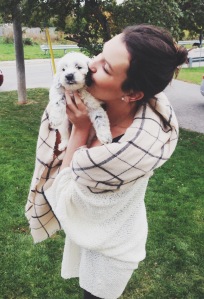 The idea of buying a wig has come up on several occasions and I have contemplated it over and over. In fact, I was kindly loaned 2 different wigs from a friend of a friend who struggled with breast cancer. But I could never bring myself to even try them on. Every time I was encouraged to test them out I would cry and have a complete breakdown and end up just saying, “No thanks.” I felt that once I succumb to wearing a wig on a daily basis I could no longer hide that I was a sick person and it would be one more aspect of my life that has taken over.

But when all else fails, make everyone wear a wig with you.
For my birthday I very strongly said, “I am not celebrating. This year has been awful and I don’t feel like celebrating.” In reality I just felt ugly and did not want my bald head to be the centre of attention at a party. But then in dawned on me that perhaps I could stop sulking and have some fun with this. So we had a wig party. 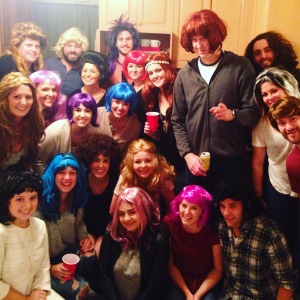 One thought on “Losing My Hair”